Gandhi’s plan was to begin civil disobedience with a satyagraha (a peaceful protest mechanism, satya=true agraha=force) aimed at the British salt tax.

The 1882 Salt Act gave the British a monopoly on the collection and manufacture of salt, limiting its handling to government salt depots and levying a salt tax. (Dennis Dalton)Violation of the Salt Act was a criminal offense.

This parallels the rise of distributed ledger technologies: until recently governments and large financial service institutions viewed them as extra-legal and that incorporating them was fraught with regulatory risk.

If money or more broadly a “store of value” can be created by any group of consenting adults today, its creation, bearing, and transmission are controlled by large institutions and is protected by law. Violation of this law is punishable but its bending is the source of envy and admiration. So much so that we make movies (BoilerRoom, The Big Short, Too Big to Fail, WallStreet) and T.V shows (Suits, Billions) about it and glorify the protagonists.

The British establishment, while decreeing that making salt was illegal, was simultaneously not disturbed by plans of resistance against the salt tax. The Viceroy himself, Lord Irwin, did not take the threat of a salt protest seriously, writing to London,

“At present the prospect of a salt campaign does not keep me awake at night.”

There was on May 25, 2017, a bill S1241 introduced in the US senate to add digital currency to the list of instruments to be declared while crossing the US border, while simultaneously the Congressional Blockchain Caucus hears testimony about blockchain technologies and displays positive sentiments.

It is this superposition of incentives that makes dealing in blockchain tech supremely tedious and adds to the volatility in price.

C. Rajagopalachari, one of the leaders of the Indian Independence movement in a public meeting at Tuticorin, said about the salt tax revolt :

Suppose, a people rise in revolt. They cannot attack the abstract constitution or lead an army against proclamations and statutes…Civil disobedience has to be directed against the salt tax or the land tax or some other particular point — not that; that is our final end, but for the time being it is our aim, and we must shoot straight.

This requirement of people to need something tangible to rally for is somewhat missed by the masses pushing Blockchain tech as a get rich quick scheme. Speculation seems to be the last barrier to entry use-case for this tech as witnessed by the explosion of ICOs( Initial Coin Offering similar to Initial Public Offering). These have become so commonplace that speculators have poured millions of dollars into untested, unread code purely based on the greater fool theory. There is sure to be a correction in this market causing millions of dollars of loss to hundreds of people.

This event will surely be used by a financial regulator (i.e. the S.E.C ) to take action against these sales and setup rules akin to the JOBS act.

Just like the purpose of the salt tax revolt was Swaraj (Self Rule) and not the tax itself, the purpose of decentralization tech should be and is the creation of user-oriented platforms with transparent governance and efficient transactions and not speculation on the value of the token itself. A market correction will force pure speculators to flee which should open up this tech to be used for its ultimate purpose.

Decentralization tech is being compared to the internet, Linux, Tulips, a commodity, an asset class, foreign currency, and every other thing. There are applications being built from the ground up that exploit the features of decentralized tech.

One of the most inspiring and certainly the most flamboyant was a rebuild of twitter, which was live-tweeted by the builder. Others are tuned to solve distributed file-storage (FileCoin) and prediction markets (Augur), payment for content (Steemit, Yours), or identity (Aid tech, Civic).

This is where the real work is being done, and this is where we are headed into a future of online Swaraj (self-rule).

The intended goal of the satyagraha was to move closer to self-rule, attract the Muslim population to this cause, and create a national movement. While it became a national movement and received international acclaim, it did not cause an immediate move closer to self-rule, nor was it successful in attracting Muslims. Still, the satyagraha played a vital role in the negotiations about self-rule and provided an international stage for the sovereignty discussion.

The aim of decentralization technologies is similar: they promise to bring self-sovereignty or at least “math-sovereignty” to the users of its applications. Its goals include an immutable history of records, perfect transparency, and transactions blind to political borders. We are nowhere close to these goals but are moving closer by the week.

This decentralization will cause a lot of pain in the short term and may need a cycle of boom-bust to realize its true potential.

The most important thing the Satyagraha campaign did was to force the British to recognize that their control of India depended entirely on the consent of the Indians – Salt Satyagraha was a significant step in the British losing that consent.

The most important accomplishment of the decentralization phenomenon is reminding users that their consent is necessary for centralized systems today to make profits higher and more concentrated than any in history. 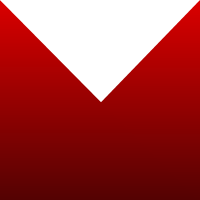